The Lakers are reportedly interested in trading for Oklahoma City Thunder superstar Russell Westbrook. LaVine, meanwhile, has struggled to find his footing with the Bulls this season and was recently ruled out of a matchup against the Nuggets on Friday because of an ankle injury that he suffered before Christmas.

The “lakers news” is that the Lakers have proposed a trade with the Thunder for Russell Westbrook. The Lakers will receive Zach LaVine in return. 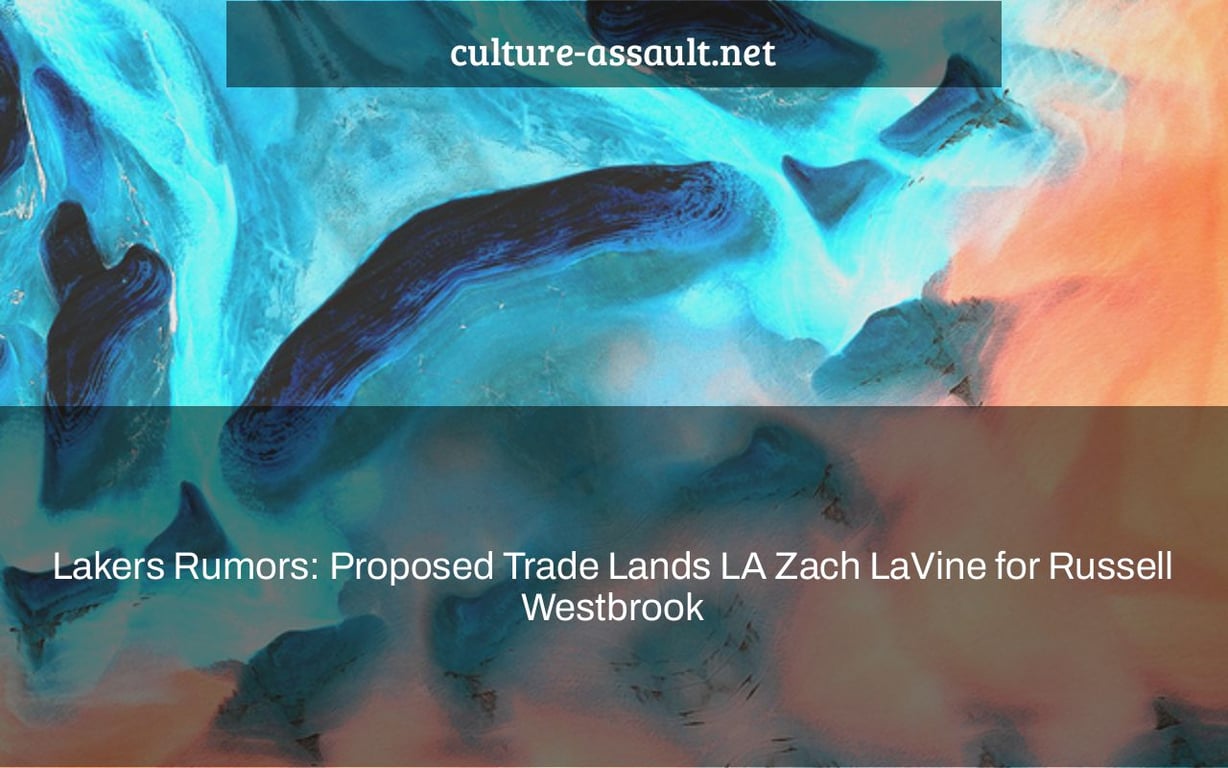 Russell Westbrook is anticipated to be traded by the Los Angeles Lakers this summer, and ESPN has a trade possibility including the Chicago Bulls and New York Knicks.

The Lakers would get Zach LaVine, the Bulls would get Julius Randle and Evan Fournier, and the Knicks would get Russell Westbrook and two first-round selections in the suggested deal.

This summer, LaVine will be an unrestricted free agent. The Lakers would have to execute a sign-and-trade deal to get him, and Bleacher Report’s Eric Pincus feels the purple and gold could team LaVine alongside LeBron James and Anthony Davis.

How can the Lakers get LaVine?

Rich Paul of Klutch Sports represents LaVine, James, and Davis. There is a way for the Lakers to get LaVine, according to Pincus. It would, however, be “very tough.”

“Without bringing back money, Los Angeles would have to deal Talen Horton-Tucker, Kendrick Nunn (likely to opt in at $5.3 million), and Westbrook. As a result, expecting LaVine would accept a significant discount in order to fit into a space the Lakers are unlikely to have is ridiculous,” Pincus said. “The only practical option would be a sign-and-trade, which would raise a number of concerns, the most significant of which would be a roughly $155.7 million hard spending cap for the 2022-23 season.” The Lakers would only have $36.6 million to spend on the rest of the roster if just James, Davis, and LaVine were under contract. It’s impossible to keep Westbrook and his $47.1 million contract.

“Even if Chicago were willing to exchange LaVine for Westbrook on a one-to-one basis (unlikely), the arithmetic wouldn’t add up. With LaVine receiving a hefty increase, his trade value to the Bulls would be his $19.5 million salary in 2021-22—$18.1 million short in contracts to match Westbrook.”

The Lakers must get rid of Westbrook’s deal in order to sign LaVine, who led the Bulls with 24.4 points, 4.6 rebounds, and 4.5 assists this season. The UCLA product had expressed interest in playing alongside James. LaVine has also said that he intends to “enjoy free agency.”

During his parting interview with Bulls reporters, LaVine said that he intends to enjoy his free agency. The two-time All-Star and Slam Dunk winner said that he would remain “open-eyed.”

“It’s a major choice for me and my family,” LaVine said. “Of course, I’m going to take my time and investigate everything, as well as speak with my agency.” I believe it is an opportunity that few individuals in my circumstances have, and I believe it is thrilling. It’s something I’m looking forward to.

“I want to take advantage of free agency as a whole.” I believe you will have to go through A-Z without making any snap judgments. That is something I believe Rich and I will go through and experience. … I don’t believe I’ll have to negotiate anything. They’ll have to speak to Rich about it. I got to take a step back and work things out from there.”

The “nba rumors: lakers” is a rumor that the Lakers are looking to trade for Russell Westbrook.