The familiar red and yellow logo is back on the cover of Archie’s comics. It marks the return of a classic character for new readers, marking one of many examples that comic fans have seen in recent years where long dormant characters are making appearances again to modern audiences.

Archie Comics is bringing back a classic character for their new one. Archie Andrews will be replaced with Reggie Mantle, who will be the main character in the comic book series. 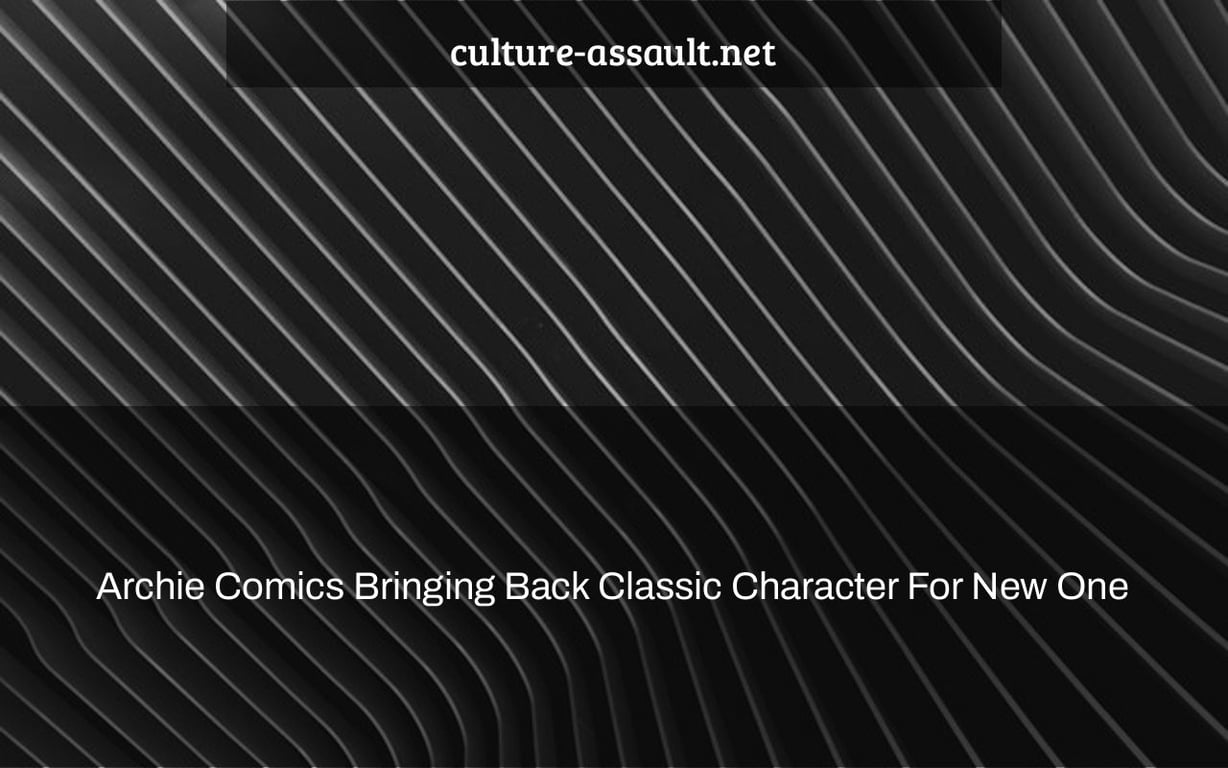 This spring, a legendary Archie Comics character will make a comeback in a new one-shot. Archie Comics announced on Friday that everyone’s favorite “Freak Magnet” Paul Patton, Jr./The Fox will return in The Fox: Family Values #1, which will be released on May 18th. All-new tales by writer/artist Dean Haspiel, writer Vito Delsante, artist Richard Ortiz, and colorist Matt Herms, as well as legendary letterer Jack Morelli, will be included in this issue. A reprint of a classic Alex Toth The Fox tale will also be included in the issue, providing new readers with an introduction to The Fox family of characters. The Patton family — The Fox, She-Fox, and their son Ghost Fox — will be followed in The Fox: Family Values #1 as they “attempt to be the finest hero family of Foxes they can be.”

In a statement, Jamie L. Rotante, senior director of editorial at Archie Comics, stated, “We wanted to bring The Fox back to the limelight in 2022 in a manner that made it extremely accessible to new fans while also respecting what’s gone before.” “What better way to achieve it than to bring Dean Haspiel back? With the famous Freak Magnet series, Dean and Mark Waid helped cement the current incarnation of The Fox in the hearts of fans. What makes this character so intriguing is because he’s a superhero unlike any other, capable of tackling both serious causes and strange and bizarre enemies and scenarios in the same issue. We’re ecstatic to have Dean back to tell a brand-new tale with Vito Delsante, Richard Ortiz, Matt Herms, and Jack Morelli, and we can’t wait for readers to pick up this one-shot in May.”

Haspiel added that he had been wondering where The Fox had gone and was thrilled to be able to share those tales with readers.

“I was really allowed unlimited license to do anything I wanted when I planned and drew 10 issues of The Fox, and that inspired me to open all sorts of unexpected doors,” Haspiel remarked. “I questioned where The Fox was these days after a good 5-year hiatus and learned his ‘weird magnet’ affliction had become a family affair. I chose to look at a day in the lives of a guy, his wife, and his kid, and how each of them interacts with their own ideas about what it means to be a hero. I also wanted to write a story that would introduce the fox to new readers and pique their interest in hearing more from him!”

Delsante also emphasized his enthusiasm for the assignment, joking about how tempting it is to throw everything at the Pattons, “even the kitchen sink.”

“One of the things that distinguishes The Fox is that you can tell almost any narrative with him!” Delsante explained. “Dean and Mark Waid deserve credit for letting the floodgates open and turning him into a ‘freak magnet.’ There’s nothing wrong with portraying a standard superhero narrative, but I believe having the ability to throw everything at the Pattons, even the kitchen sink, is tremendously enticing.”

The Fox originally appeared in Blue Ribbon Comics #1, written by Joe Blair and illustrated by Irwin Hassen for MLJ Comics. The Fox, a five-issue mini-series written by Haspiel and Waid for Archie’s Red Circle Comics label, gave the character a contemporary rebirth in 2013, with a second five-issue series from the same creative team debuting in 2015. The official solicitation for The Fox: Family Values may be seen here.

FAMILY VALUES IN THE FOX (ONE-SHOT)

The Fox: Family Values covers the lives of the super heroic Patton family, all of whom are called “freak magnets” who can’t help but rescue the day… whether they want it or not! In “Mid-Life Pisces,” Dean Haspiel returns to writing and painting responsibilities. Is it possible for a family of antiheroes with three distinct philosophical perspectives to share a meal at the end of the day? Investigative journalist Paul Patton, Jr. (aka THE FOX), the patriarch, is frantic to uncover a new story. He attempts to get his teenage son, Shinji (called GHOST FOX), to join him, but his adolescent son is more interested in dating than in uncovering unique tales! Meanwhile, his wife, Mae (SHE FOX), is confronted by two super-villains who represent some of her previous transgressions! Then, in “Back to Back,” written by Vito Delsante and illustrated by Richard Ortiz, we go back in time to the time before Paul and Mae married! While they’re being held by a crazed supervillain, the two are hours away from their wedding ceremony and are now missing their final wedding rehearsal. How are they going to go to their wedding? All of this, plus a bonus reprint of a famous Alex Toth tale from Fox!

Dean Haspiel is the main cover of CVR A.