Amir Khan, the former unified world champion and Olympic medallist is retiring. He has been a professional boxer since 2006 and only recently announced his decision to retire from boxing in 2018. 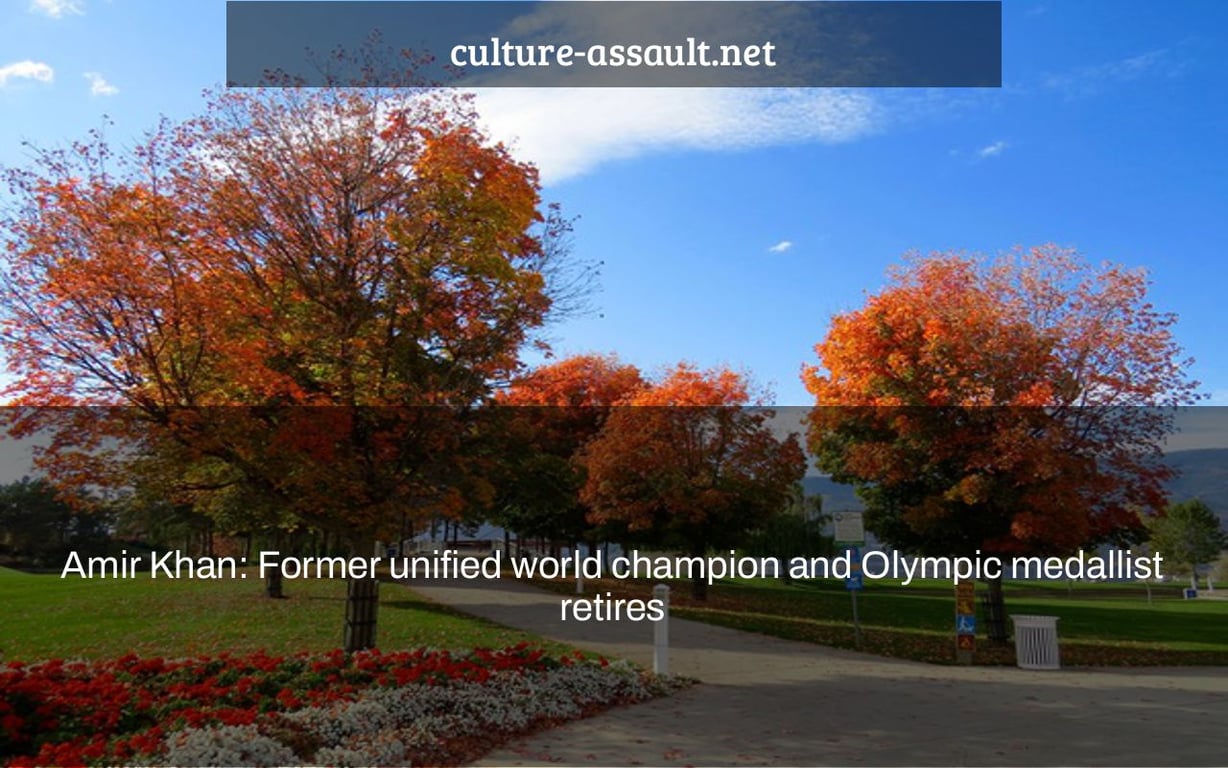 After a 17-year professional career, former world champion Amir Khan has announced his retirement from boxing.

The 35-year-old Briton is a former unified light-welterweight world champion who competed in the 2004 Athens Olympics and won silver.

His last fight was a knockout defeat in the sixth round against rival Kell Brook, who also retired last week.

Khan said on social media, “It’s time to put up my gloves.” “I consider myself fortunate to have had such a wonderful career spanning 27 years.”

Khan finished his professional career with 34 victories and six defeats after becoming pro in 2005.

“I want to express my gratitude to the wonderful teams I’ve worked with, as well as my family, friends, and fans for their love and support,” he said.

After winning silver at the 2004 Athens Olympics, Khan (left) exploded into the spotlight.

Khan made his mark in the 2004 Olympics as a 17-year-old. He was Team GB’s lone boxing representative at the Games.

Khan was thrown into the spotlight as a result, and his switch into professional boxing was met with great excitement.

As a professional, he won 18 consecutive games, with his lightning-fast hands dispatching most opponents in thrilling ways.

Khan relocated to the United States after a shocking knockout defeat to Breidis Prescott in 2008. He linked up with famous trainer Freddie Roach.

Khan fulfilled a boyhood ambition by defeating Andreas Kotelnik for the WBA light-welterweight championship at Manchester Arena only ten months after his first professional setback.

Khan openly expressed his ambition to ‘crack America,’ a goal he accomplished. He became a worldwide sensation by headlining venues on the Las Vegas strip.

In 2011, he won the IBF belt and the unified champion title after defeating Zab Judah. Victories against Marcos Maidana, Devon Alexander, and Luis Collazo highlighted his career, further solidifying his place as a British legend.

His career, however, has not been without obstacles. Danny Garcia and Saul ‘Canelo’ Alvarez knocked him out spectacularly, and he lost to Lamont Peterson and current pound-for-pound great Terence Crawford.

While those losses mar his record, Khan is known for his desire to take on the best and never back down from a fight.

What does Khan’s future hold?

Khan’s last fight ended a 17-year war and one of the most storied rivalries in British boxing history.

Khan hinted at retirement after being outclassed by Sheffield’s Brook in front of a sell-out crowd in Manchester, stating his enthusiasm for the sport was “no longer there.”

Khan had hinted in the weeks before that he may not be ready to give up his gloves after a loss, but he has now decided to retire with his opponent.

Brook claims he wants to concentrate on fighter management, something Khan has shown interest in as well. He’s also partnered with the World Boxing Council to promote boxing throughout the Middle East.

Outside of the ring, he’s had a high public profile thanks to appearances on ‘I’m a Celebrity’ and his own reality TV program, ‘Meet the Khans: Big in Bolton.’